Superior State? Oregon and Washington Battle It Out!

What is it that makes the residents of Oregon and Washington both feel confident in their state's superiority over its bordering neighbor? Could it be one state's incredible popularity, vastly superior craft beers, or its population's far sexier bodies? Converesly, could it be the other state's lower energy costs, deeper wine list, or its resident’s dashing good looks? All are compelling reasons, but there can be only one winner. Today at the pdxhomebase blog, we've done the fuzzy math for you to scientifically determine (once and for all) who comes out on top!

Let’s have a little fun and start with Oregon shall we?

1. Thanks for the Nutella fix Oregon! Oregon produces 95% of America’s hazelnuts (otherwise known as "filberts"), the primary ingredient in Nutella®. Healthy and delicious hazelnuts are loaded with manganese, copper, vitamin E, thiamine, and magnesium, and are the perfect addition to a Burgerville chocolate shake! 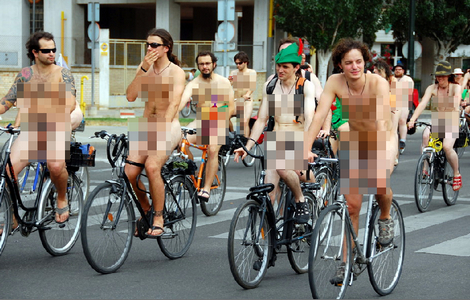 How else can you explain why thousands of shamelessly naked Oregonians ride their bikes around Portland once a year (whereas only hundreds do so in Seattle)?

3. Oregon has the greatest American bookstore 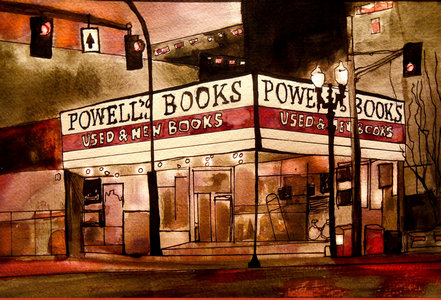 You know who’s from Oregon? A bunch of young crime fighters who would never say “die.” That’s right, The Goonies! They’re like a young A-Team from Astoria.

For many, the answer to the question ‘Whose comic universe has the coolest characters?’ usually comes down to either the house that Jack and Stan built (Marvel) or the World’s Finest (DC). For the rest of us geeks, the answer may be a little more complicated. But whatever our opinion, it’s rare when the Dark Horse isn’t included in the trifecta. Thanks to an abundance of original creator owned titles such as Hellboy, Concrete, Next Men, & Sin City (among scores of others), Dark Horse has established itself as a pop culture force to be reckoned with (and all from our own little city of Milwaukie, Oregon). While Oregon has 0.3% less women than the national average, it has 0.5% more than the sausage party that is Washington state. Perhaps this is why there are far more Google searches for “mail order bride” in Washington than in Oregon (that’s a fact).

7. Actually, Portland is NOT a giant traffic jam As frustrating as drive-time in Portland can be, compared to Washington's most prominent city, it's a relative breeze. In fact, Seattle traffic is so maddeningly horrible there’s no way to describe it without the extensive use of profanity! And even outside the state’s primary cities, Oregon still has less frustrating traffic than Washington. In fact, the average Washingtonian spends two more additional workdays per year on the road than does his neighbor to the south.

8. The ever present Storm Large 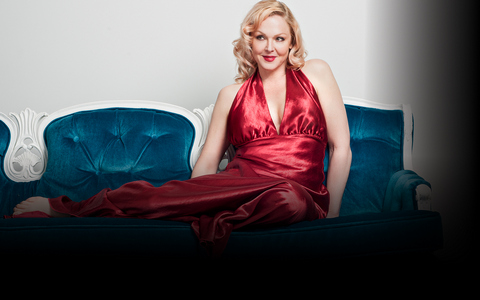 Those of us with The Balls (pun intended) to admit we loved the CBS show “Rock Star” may have first discovered Storm’s talents back when she was just discovering her voice, but whether you love her or find her routine's not your cup of jazz, there’s no denying she’s an institutional part of the Oregon scene nowadays.

9. Oregon still has an NBA team Someday the NBA will return to Seattle and the I-5 rivalry between the Seattle Supersonics and Portland Trailblazers will pick up where it left off. Until then, Oregon’s the state with an NBA team and Washington’s the state with a whole in its chest from where its heart was ripped out. Ok, those were some pretty strong arguments in favor of Oregon, but let’s hear Washington weigh in before we determine any winners… Sure, Oregon’s identity is wrapped up in craft beers, but our nation’s beer supply is far more indebted to Washington than Oregon. While it’s true Oregon both drinks and produces more craft beer, Washington grows six times more hops and three times more barley. In fact, Washington hops once saved Europe’s beer supply after an aphid infestation in the 1880s. Think all sea water is created equal? Not when it comes to shark attacks. Compared to Washington, the state of Oregon is practically the movie Jaws, with 29 times more shark attacks. You swim with more than the fishes when you take to the water in Oregon.

Speaking of swimming with the fishes, residents of Washington live an average of 79.9 years, while Oregon residents live just a scant 79.5 years. It may not sound like much of a difference, but that probably depends on how you’d spend those extra five months of life.

4. Batman is not (originally) from Gotham 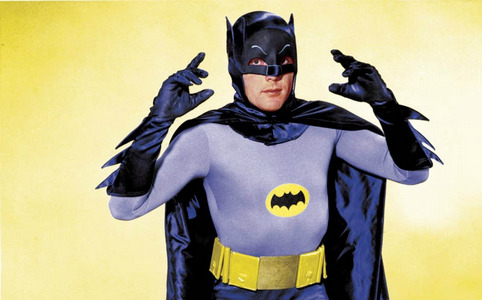 Did you know actor Adam West is from Walla Walla? Did you know he attended Lakeside High School and Whitman College, and that he turned down the role of James Bond in Diamonds Are Forever? Holy missed opportunities! Still, Batman is the coolest!

5. Car insurance is cheaper in Washington You will save money on your car insurance by living in Washington. The average yearly car insurance prices in the Evergreen State are $1,110—that’s $101 less than in Oregon. Washington’s energy prices are the second cheapest in the country, while Oregon comes in 14th. While Oregon does have cheaper natural gas, Washington has cheaper gasoline and electricity.

Both states are serious about being organic, but Washington has 35% more organic farms certified by the USDA than Oregon does. Teachers are underpaid across the country, but they do start out with a better salary in Washington than in Oregon. The Evergreen State pays first year teachers $36,355, which is nearly $3,000 more than they’d get in Oregon. There’s much debate about the name “Oregon,” but essentially it originated in some early explorer’s mispronunciation or misspelling of a word related to the turbulent nature of the Columbia River. The name “Washington” represents President George Washington, the first president, a founding father, and the famed general who unleashed a severe can of whoop ass on murica's overlords from across the pond. Hard to argue this one!

11. [TIEBREAKER] But more people are moving to Oregon!

According to a study by United Van Lines, Oregon has the most inbound moves in the country, with 66% of moves being inbound. Washington’s inbound/outbound numbers were balanced. Also, 4% of Washington residents are originally from Oregon, whereas 5% of Oregon residents are from Washington.

So there you have it. Science proves that in this battle, Oregon narrowly edges out Washington for the title of "Greatest Northwest State".

And by the way, if you (or anyone you know) could use some assistance with the process of finding or marketing real property here in the great state of Oregon, please feel free to get in touch with the author of this blog (Chad Meier). I strive to make the process not only productive, but also fun!

*Credit where it's due: Many of the factoids and source materials for this post provided by Ryan Nickum of Estately.

For ADA assistance, please email compliance@placester.com. If you experience difficulty in accessing any part of this website, email us, and we will work with you to provide the information.
- 1998 -

Sign Up
Already a User? Sign In
You have been successfully registered
Please check your email.
Go to the homepage
Sorry something went wrong
Please try again.
Try again